CHARLESTON, S.C. (WCIV) — The group that famously tagged and tracked Mary Lee says another large great white shark is patrolling the waters off the Charleston coast this Memorial Day weekend.

OCEARCH says "Hilton," a 12.5-foot, 1,326-pound male great white, was tracked near Charleston on Saturday night. The research group says a GPS tracker it attached to the shark "pinged" around 75 miles off the Charleston coast.

Since OCEARCH tagged the shark off Hilton Head in March 2017, GPS data shows it has spent the majority of its time along the southeast coast between Hilton Head and St. Augustine, Florida. 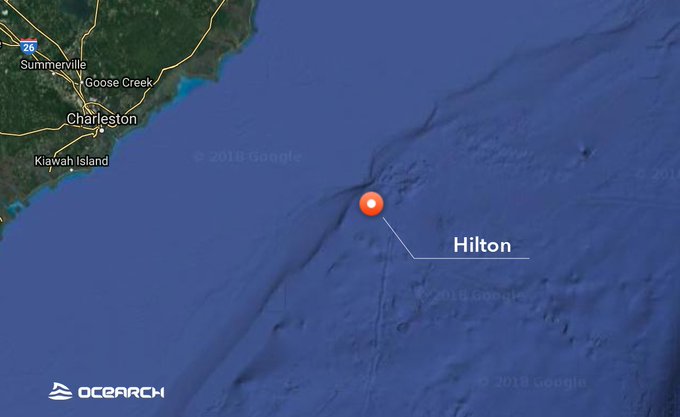 Hello Charleston! Gotta say your seafood really is amazing….though I'll pass on having it cooked up into gumbo or anything like that.

The shark also has spent considerable time traveling up and down the coast of North Carolina and South Carolina, with excursions as far north as Nova Scotia, and all the way into the Gulf of Mexico near Pensacola, Florida and Mobile, Alabama.

It's believed, however, that Mary Lee may have died, as the shark has not pinged since June 2017.