The latest data shows the storm about 155 miles south of Ponce, Puerto Rico and moving west-northwest at 20 mph with maximum sustained winds of 50 mph.

Walsh said the track may change when the system passes the islands with the center of the storm possibly reforming further north.

If the storm moves over Hispaniola, it’s expected to break up the circulation or at least keep it from becoming a big storm.

The interaction with the islands will be the key to the strength later on.

“Bottom line, too early to see if it’s going to be a major problem, but some impacts could be felt here depending on the future track and timing of a trough approaching the east coast,” Walsh said. “If the center stays over warmer water longer, it has a better chance of getting stronger.”

Walsh indicated that Thursday will be an important day to see the position relative to the mountains of Hispaniola and the upper wind forecast for later in the forecast period.

Officials with the National Hurricane Center said the storm is expected to continue in a west-northward motion with some decrease in speed over the next couple of days.

According to the latest data, the center of Isaias will move over Hispaniola on Thursday and near the Southeastern Bahamas by early Friday.

Meteorologists reported late Wednesday night that the track forecast has shifted a little eastward from the previous forecast as a trough is expected to cause Isaias to turn toward the northeast.

Data from the hurricane center states that further adjustments to the track are possible especially after Isaias moves north of Hispaniola.

“While this system could bring some rainfall and wind impacts to portions of Cuba, the northwestern Bahamas, and Florida later this week and this weekend, it is too soon to determine the location or magnitude of those impacts,” NHC officials said. 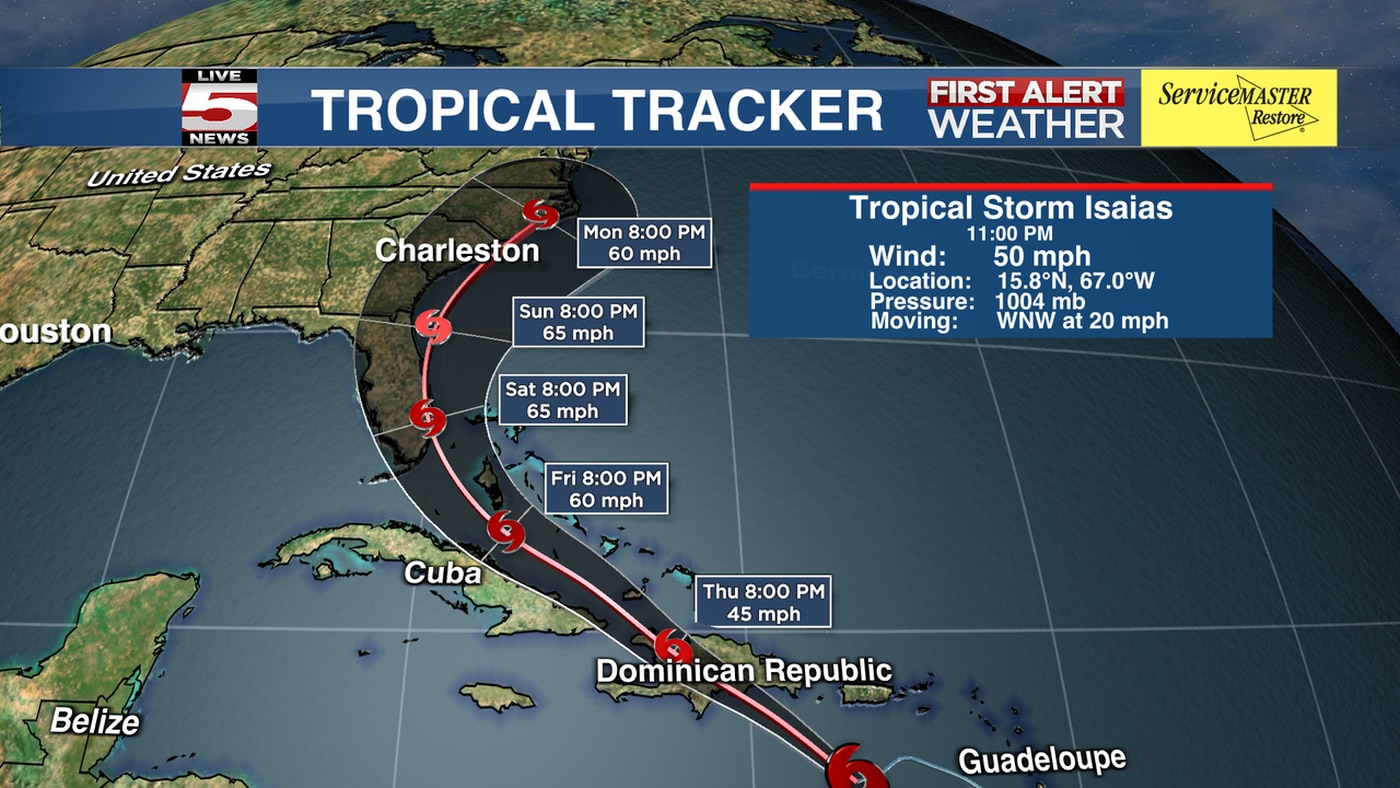