Pence hosted a round-table discussion with educators and students from across the state at the University of South Carolina. Gov. Henry McMaster and U.S. Secretary of Education Betsy DeVos also participated.

After that meeting, Pence praised McMaster’s leadership in getting the South Carolina economy back to work.

“I think the American people and people across the state realize that when it comes to a choice between dealing with the pandemic or opening up America it’s not an either-or. We can do both,” Pence said. “We all have a role to play. All of us need to do our part to to practice personal hygiene wash our hands were a mask wherever state or local authorities determine it’s indicated or where social distancing is not possible, but governor you’ve proven here in South Carolina that you can put this economy back to work.”

Pence cited recent a recent report from the South Carolina Department of Employment and Workforce that showed the state’s unemployment rate dropped from over 12 percent in May to just under 9 percent in June.

“We understand we don’t want our kids to fall behind academically, as [Anderson County School Superintendent Tom Wilson] said. But also, it’s so important to recognize whether it’s special needs, whether it’s nutrition needs, whether it’s counseling for emotional needs, millions and millions of children across this country rely on services that are only available at their schools,” Pence said. “And so for the sake of their academic well being, for the sake of their personal well being, Governor, you recognize today as your team did that it’s vitally important that we reopen our schools.”

When asked about whether a "next step" might be necessary to force more people to wear masks and observe social distancing, perhaps from a federal level, Pence said the key to the national response to the pandemic was not taking a "one size fits all approach."

"We recognize that it was important to follow the science and follow the data, not just on a state by state basis but oftentimes on a county by county basis," he said. "And I know the governor has taken steps here and local communities have taken steps here, and I have great confidence that is the American people did earlier in this pandemic in other states that the people of South Carolina will heed the guidance of state and local authorities that will continue to put the health and well being of the, of our neighbors first."

Pence: ‘We believe responsible plans can be developed’

Pence said he considers his greatest title to be “DAD,” and said if he had kids of elementary age, he said after looking at data every day, he “wouldn’t hesitate” to send them back to school and “would encourage any American, any parent in particular, to do the same.”

“We can slow the spread. We can flatten the curve. We can save lives,” he said.

One reporter said she had spoken with both teachers and parents who said they were scared about the possibility of reopening schools and asked what the vice president would say to them.

“We think we can safely reopen schools, the risk to children is very low,” Pence said. “We believe that responsible plans can be developed, like you’ve seen developed here at the local level and at the state level, that will protect our students protect faculty protect the community and protect the most vulnerable. And so I just my pledge to every parent is we’re going to continue to work our hearts out to make sure that the guidance is there. The resources are there. But we really do believe that is possible to safely reopen our schools. We think that’s in the interest of our kids we think it’s in the interest of working families. And it’s in the interest of America.”

Wilson said eLearning was never intended for 25% of the school year, stressing the need for students to get back to the classroom.

"If they have no teacher for two years in a row, I assure you they will not graduate. And what keeps me up at night are those kids that left us on March 16 that were kindergarteners, first graders, second graders, third graders, fourth and maybe even fifth graders, that were struggling readers."

He said if students don’t get back face to face with a teacher, in six to seven years from now, the state will see a dropout rate like never before.

“This is a model, frankly, that the nation should follow,” she said. “It’s the president’s vision for every American student and why he’s fighting to pass school choice now.”

McMaster announced the program Monday, saying approximately 5,000 grants of up to $6,500 each will be awarded. To be eligible for SAFE Grants, a student must be from a household with an adjusted gross income of 300% or less of the federal poverty level. The program is “wide open,” available for any students who wish to apply, McMaster said. 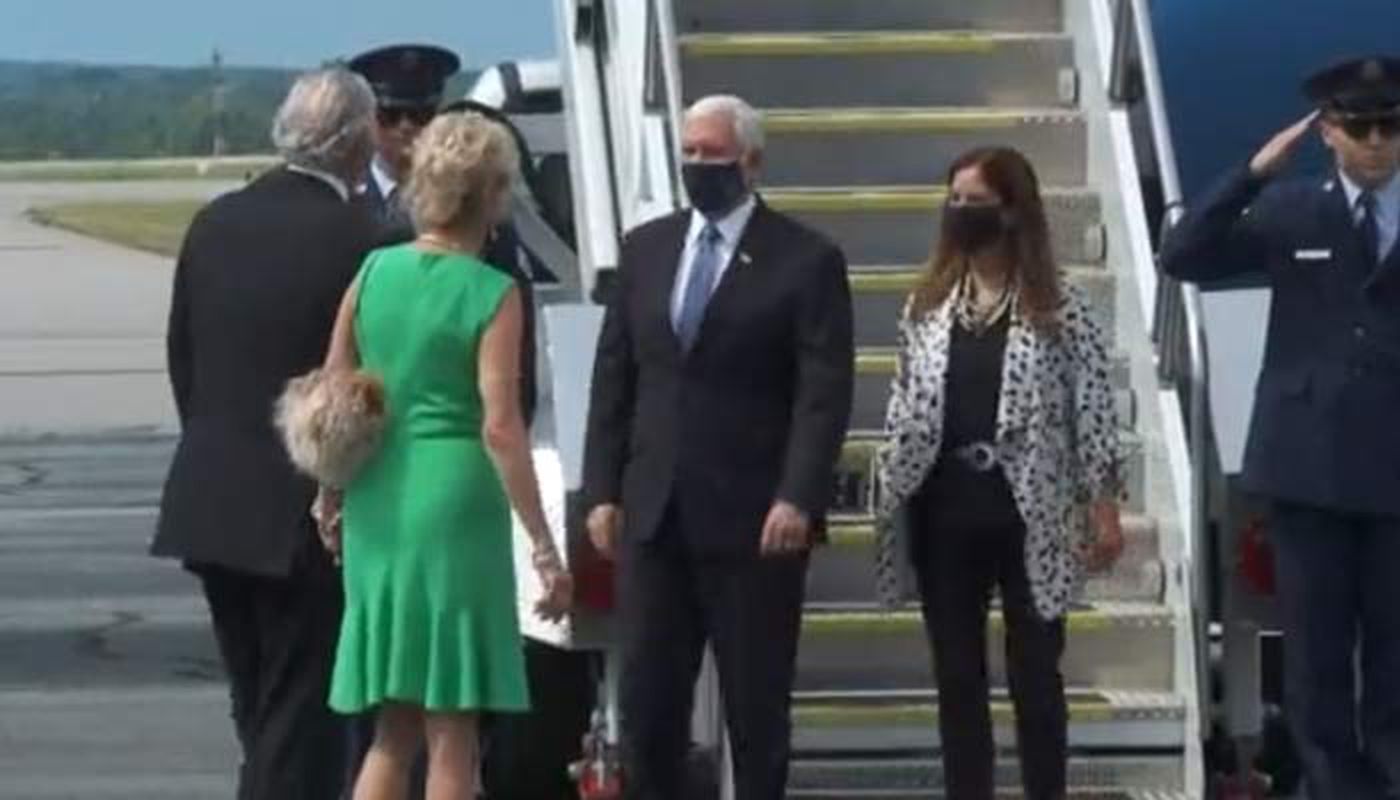 The Pences are then expected to fly to Charleston, arriving at Joint Base Charleston at approximately 3:45 p.m.

Though authorities have not released specific road closures, drivers should expect delays in the area between the airport and The Citadel Tuesday afternoon while the Pences travel from Joint Base Charleston to downtown.

While in Charleston, Karen Pence will visit military spouse and veteran owned Grey Ghost Bakery. The visit will consist of a tour of the bakery, a sampling of baked goods, and a discussion with a local Small Business Administration representative about how the bakery started with the help of SBA programming. She is expected to arrive around 4:10 p.m.

The vice president is scheduled to deliver remarks at a 5 p.m. campaign event for Rep. Nancy Mace, who is running for the First U.S. Congressional District seat. That campaign event will take place at The Citadel.

Pence last visited the Charleston area in February. During that visit, he spoke with cadets at The Citadel and was guest of honor at the 9th annual Patriot Dinner where he received the Nathan Hale Patriot Award.

Officials with the Mace campaign have not released details on where the campaign event will take place.