CHARLESTON, S.C. (WCSC) - Days away from the official peak of hurricane season, forecasters are watching four systems across the Atlantic, two of which have become the latest named storms.

Live 5 Meteorologist Joey Sovine says the one closest to the South Carolina coastline is about 300 miles west-southwest of Bermuda. Showers and thunderstorm activity associated with the low increased since Monday night, but remains somewhat disorganized. It could become a tropical depression as it moves slowly to the west to west-northwest.

But if it were to develop, it could enhance rain chances for the Carolinas by the end of the week. 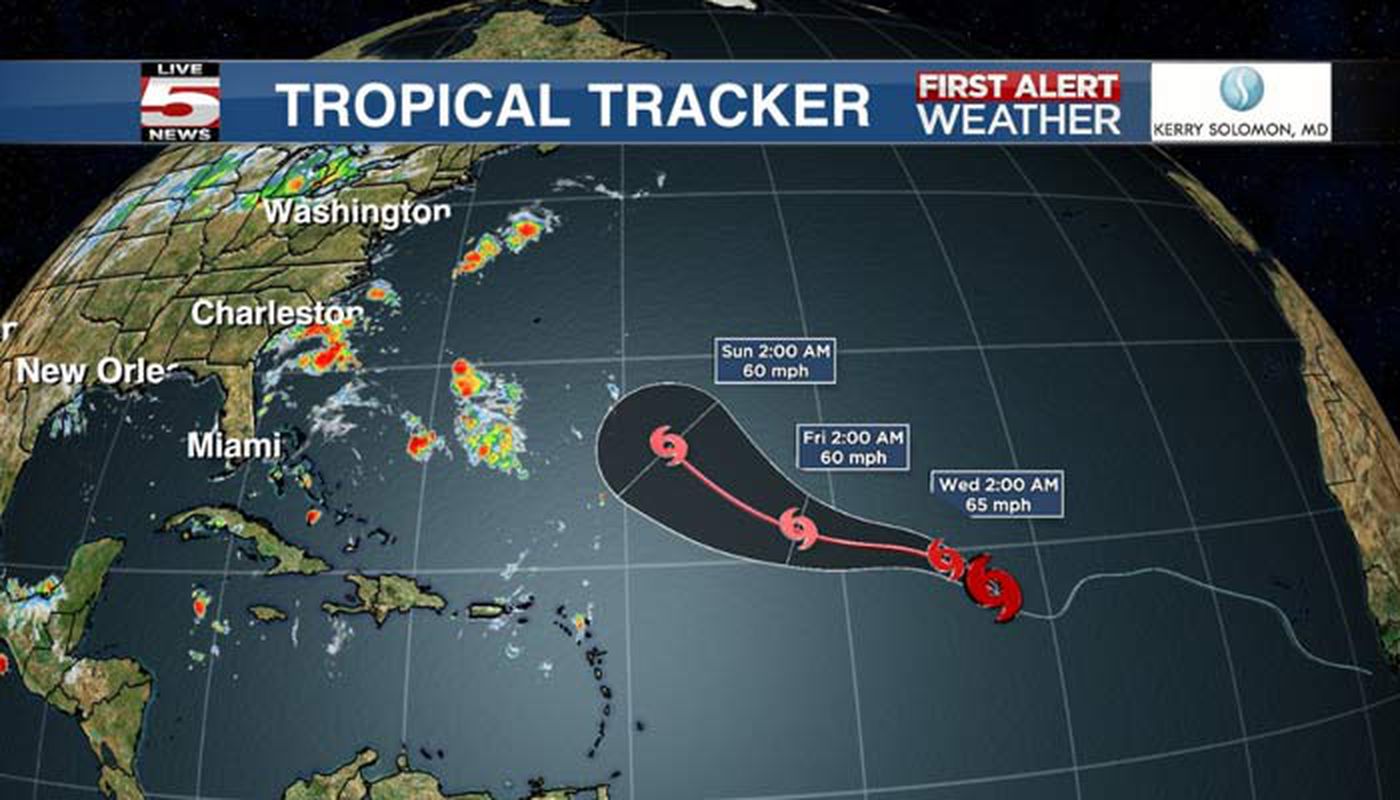 Tropical Storm Paulette is moving slowly northwest in the open Atlantic Ocean. Minor strengthening is possible. Paulette is no threat to any land areas at this point. (Source: Live 5)

Paulette is currently battling some shear that could increase tomorrow which would cause it to weaken.

The track remains unchanged and the storm should eventually turn northwestward later in the week, according to Chief Meteorologist Bill Walsh.

“The system is forecast to remain a tropical storm,” Walsh said.

As of Tuesday evening, Paulette is about 1,350 miles west of the Cabo Verde Islands with 65 mph winds and moving northwest at 8 mph.

“Some slight strengthening is possible tonight,” NHC officials said."Gradual weakening is expected to begin on Wednesday and should continue for a couple days thereafter."

Tropical Storm Rene may strengthen over the next 24 to 48 hours and is forecast to become a hurricane.

Walsh said the good news is that the forecast track turns the storm north then northeast out to sea.

As of Tuesday evening, Rene is about 265 miles west-northwest of the Cabo Verde Islands with 40 mph winds and moving west at 16 mph.

“Gradual strengthening is forecast, and Rene is expected to become a hurricane in a couple of days,” NHC officials said.

The fourth area of concern is a tropical wave forecast to emerge off the west coast of Africa by Thursday. Gradual development is expected once the system moves over water, and a tropical depression is likely to form late this week or over the weekend while the system moves generally westward across the eastern tropical Atlantic.

The remaining storm names in the 2020 list are Sally, Teddy, Vicky and Wilfred. If those remaining names end up being used, and forecasters expect that to happen, letters of the Greek alphabet would then be used as storm names. The only time that happened in the past is during the 2005 hurricane season.